Lawyers, Answer Questions  & Get Points Log In
California Election Law Questions & Answers
1 Answer | Asked in Civil Rights, Collections, Election Law and Land Use & Zoning for California on Sep 23, 2022
Q: 1) Hello. Is it legal for a poa/hoa board to elect themselves as members of the board without an election? If there's

2) supposed to be an election to vote for a member by the residents?

Please see my responses to your several other questions about the same thing. [I litigate cases. Anything posted here must not be construed as legal advice, nor as grounds for forming an attorney-client relationship. You should seek an attorney for formal legal advice and representation.]

1 Answer | Asked in Appeals / Appellate Law, Election Law and Gov & Administrative Law for California on Sep 22, 2022
Q: Is there an example from California state La superior court to appeal to change my biased judge and continue trial soon

Is there an example from Ca state La superior court to appeal to change my biased judge and continue trial immediately? My current trial was wrongly decided as a mistrial when defendants attorney (all white ppl) pressured the judge (female Asian like me, my legal team are all Asian), after first... Read more » 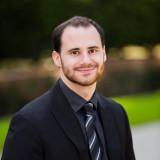 You can put in a motion for a new trial and base it on those grounds. 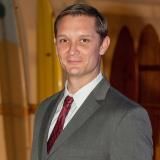