Lawyers, Answer Questions  & Get Points Log In
Iowa Traffic Tickets Questions & Answers
1 Answer | Asked in Traffic Tickets for Iowa on Mar 14, 2022
Q: If I’m out of state and need to fight a speeding ticket what should I do? And is there a way I don’t have to show up?

You should seek a consultation with one or more traffic ticket/criminal defense attorneys in the area/jurisdiction where the ticket was issued----speak to them about your desires and requests in this matter-----it is possible an attorney you hire can appear in Court on your behalf and resolve this... Read more »

1 Answer | Asked in Traffic Tickets for Iowa on Sep 15, 2021
Q: I am looking for some guidance relating to a "failure to obey traffic control device" ticket 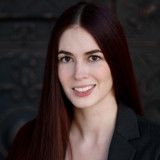