Draper, UT asked 3 years ago in Immigration Law for Utah 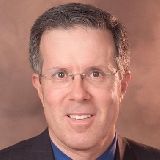 First, the Utah Pilot Sponsored Resident Immigrant Program Act allowed Utah citizens the right to sponsor foreigners to live, work, and study in the state by assuming financial responsibility for any liabilities the resident incurred or any other financial needs (equivalent to dependent status).[​ 42]

The second bill, the Utah Commission on Immigration and Migration Act, established a pilot program allowing Utah employers to recruit migrant workers from Nuevo Leon, Mexico.[​ 43] ​Legislators envisioned establishing a known place for employers and employees to meet that would make it easier and faster for businesses to find workers from Mexico to fill immediate job needs.

Finally, the Utah Immigration Accountability and Enforcement Act provided undocumented immigrants the opportunity to apply for work permits after declaring their undocumented presence, paying fines, and passing a background check. The program also provided work permits for members of their immediate families.​ [44]

Thus, Utah has repeatedly pushed back the implementation date—the latest delay would not require implementation until 2027—to avoid a federal challenge. However, Utah continues to claim that the bill is consistent with federal law, and that the state law is implementable at any time.

Recently, State Senator Curt Bramble (R), who initially supported Utah’s bill and similar bills in other states, attempted to repeal the Utah law on the grounds that the chance of federal authorization had all but disappeared.[​ 46]​ Other Utahns were less pessimistic and the repeal effort failed. Ultimately, the law remains in a state of limbo—on the books, but not implemented.