Q: Can I bring a civil lawsuit against the homeowner who participated & conspired an attack against me.

My landlord is the homeowner. She along with the actual attackers conspired, calculated & Carried out. No arrests were made. I was given a report that marked me the victim. Next day, attemptedAn emergency restraining order, denied-under investigation, told to “call officer who’s assigned the case on Monday.” I did, told “finished investigation” you’re the suspect. Thoroughly confused. I was knocked out on the 2nd blow to my head, woke inside being battered more. I now have a confession from one of the perps revealing the truth of the planned attack. The landlord/homeowner is just as guilty. They were all had a meeting of the mind. Staples in the back of my head diagnosed with severe ptsd, months pass 5150 as I felt helpless, unworthy, alone. Police mishandled the case, never investigated although evidence proved their lies. One women claimed an old black eye That was not fresh. Police noted blood inside the house. Asked ME why?! I didn’t know I was knocked out. I was confused beyon! 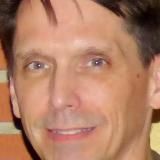 A: Recording people without their consent, if they have a reasonable expectation of privacy, is illegal. Penal Code section 632. The recording can probably be used in a prosecution against the person who apparently attacked you. However, you might also be prosecuted for illegal recording, and you might be sued for illegal recording. There is a $5k statutory penalty for each violation. 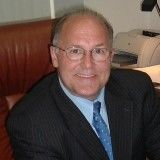 A: Anyone can sue anyone but in your case you might have to pay the attorney's hourly fee since it's doubtful anyone would take it on a contingency. So if you got some money and want to do it for principal I'm fairly certain you can find an attorney willing to take your case. But be careful about the recording unless the other party agreed to be recorded... or left you a voice message.

DID YOU RECORD WITH PERMISSION OF THE OTHER PARTY? OTHERWISE, YOU MIGHT HAVE ISSUES YOURSELF.

YOU CAN ALWAYS SUE ANYONE FOR ANYTHING AT ANY TIME. THAT DOESN'T MEAN YOU WILL WIN... AND ALMOST FOR SURE, IT WOULD BE ON AN HOURLY BASIS.

THUS YOU WOULD HAVE TO GIVE A LAWYER A RETAINER TO BE PUT IN TRUST NORMALLY. ARE YOU IN A POSITION TO DO SO?