Lawyers, Answer Questions  & Get Points Log In
Wisconsin Civil Litigation Questions & Answers
1 Answer | Asked in Personal Injury, Civil Litigation and Gov & Administrative Law for Wisconsin on Jun 11, 2018
Q: Can a monetary tort claim be amended even if I've filed my lawsuit already and I discovered new evidence to ask for more

Put a monetary amount in my tort claim while in prison. Got out hired a lawyer and filed lawsuit and now realizing I need to ask for more money because I didn't no my limitations of my injuries while in jail. Once out its a lot I can't do. Can't drive can't work need full time... Read more » 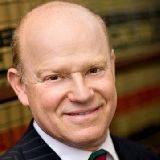 In most jurisdictions a complaint may be amended anytime up through judgment as long the amendment conforms to the proofs. In your situation depending on your state's procedural law, I think it would be routine to amend your complaint to raise the ad damnum (or the claim for damages) that are... Read more »

1 Answer | Asked in Contracts, Personal Injury, Traffic Tickets and Civil Litigation for Wisconsin on Mar 16, 2018
Q: seeking counsel prior to fighting tickets and also pressing charges on a civilian for damages

there are so many different areas involved i dont know what to do. someone used me not too long ago and i got myself into a situation with traffic tickets and child restraint.... its gone into harasment, threats (veiled and transphopic). this person used my mental health shortcomings against me and... Read more »

I am sorry that you are going through what appears to be a very challenging period in your life. That said, I am also sorry that I cannot figure out what it is you really are trying to communicate and what the best approach would be in providing you with the counsel you need. That notwithstanding,... Read more »

1 Answer | Asked in Personal Injury, Car Accidents, Civil Litigation and Small Claims for Wisconsin on Feb 16, 2018
Q: Is a LLC liable for injuries caused by it's uninsured vehicle driven by the owner of the LLC in Wisconsin?

I believe that the LLC may be or may not be liable for injuries caused by its uninsured vehicle driven by the owner of the LLC in Wisconsin. First, whether the vehicle is insured has nothing to do with the liability question. Rather, liability for the accident and accompanying injuries is a... Read more »

2 Answers | Asked in Personal Injury, Car Accidents and Civil Litigation for Wisconsin on Nov 2, 2017
Q: How long can a person hold a claim open on you from an auto accident?

1 Answer | Asked in Civil Litigation, Contracts and Probate for Wisconsin on Oct 23, 2017
Q: My stepfather died I hv power of attorney. Want to sell his van but has lean on it frm quick title loan. Do we hv to pay

This is in state of wisconsin. Need to sell van. But can not get clean title to van do we need to pay this off first. Or was this his debt? 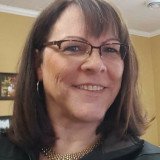 The loan was your stepfather's debt, which must be paid using your stepfather's assets (i.e. the van). Since your stepfather passed away, your power of attorney is no longer valid. You probably need to file a probate and obtain Domiciliary Letters to deal with the Quick Title loan.

0 Answers | Asked in Contracts, Civil Litigation, Intellectual Property and Lemon Law for Wisconsin on Oct 15, 2017
Q: In Wisconsin me and another guy traded vehicles his is in his mom's name and the bank has the title with a lien on it

His mom gave him permission to trade and where suppose to get the title the next day I gave him my car and title at the time of the trade he signed a contract stating how they would get the title by a certian date and had a copy of title from mom he gave me.. now over a week later they are... Read more »

0 Answers | Asked in Business Law and Civil Litigation for Wisconsin on Oct 12, 2017
Q: An individual who is traveling through the state and allegedly causes damage while there.

Can a state court Absolutely exercise personal Jurisdiction for this?

Hello. I’m from Houston, TX and I just bought a car in Milwaukee, Wisconsin. While I was spending the night in a motel, my brand new car was damaged by the hotels shuttle bus driver.

The damage was underneath the driver's side rear bumper and I didn’t notice it until later on.... Read more »

You should the hotel for the name of its insurance company. You can then contact the insurer and make a claim.

1 Answer | Asked in Civil Litigation and Small Claims for Wisconsin on Jul 30, 2017
Q: How do I determine which county to file a small claims judgement/garnishment in?

The defendant lives and works in Milwaukee County, but the claim event occurred in Waukesha County.

I know that the sheriff's department can't cross county lines to serve them, but is it possible to file the claim in Waukesha county, and then have a Milwaukee sheriff serve them?... Read more »

The lawsuit should be filed in the Circuit Court for Waukesha County; that is where the events happened. The rules on service of process are simple. You just need to have someone other than you serve the defendant(s) with authenticated copies of the summons and complaint. The Office of the Sheriff... Read more »

1 Answer | Asked in Civil Litigation and Landlord - Tenant for Wisconsin on Jul 28, 2017
Q: When to file a civil judgement against someone who confessed property damage to police and is waiting prosecution?

Before vacating, our tenant broke off the inside copper pipe for our central air unit, destroying the unit. We filed a police report and he confessed to them and is waiting to be assigned to a DA. Is it better to file a civil suit now and try to get his wages garnished, or wait until after... Read more »

1 Answer | Asked in Civil Litigation, White Collar Crime and Probate for Wisconsin on Jul 5, 2017
Q: I was served for a civil suit down in Raleigh, NC. I live in Wisconsin, can I obtain legal services here?

What type of lawyer would best handle my defense in a civil suit? I'm being accused of altering and destroying an original will and committing fraud involving an insurance claim that I'm not in any form listed as a beneficiary. The father of my children was listed as the sole heir. We... Read more »

You need a lawyer that specializes in litigation.

1 Answer | Asked in Civil Litigation and Real Estate Law for Wisconsin on Jun 14, 2017
Q: We have just bought a home in Baraboo. The contract stated the sellers would have the house professionally cleaned.

At the pre-closing walk-through, it was obvious the cleaning had not occurred. Our realtor contacted the owners and the reply to our realtor via text messsage was "This certainly isn't personal but we aren't doing one more thing and are seriously considering talking to a lawyer about... Read more »

The short answer is yes. You can file a lawsuit to recover the cost of the cleaning. You should consider small claims court.

1 Answer | Asked in Civil Litigation and Domestic Violence for Wisconsin on May 15, 2017
Q: my friend has a restraining order against her ex-boyfriend. she violated the order when he contacted her.

they have a child together and he keeps threatening to take her to court if she doesn't do what he says. is there anything that she can do?

1 Answer | Asked in Civil Litigation and Small Claims for Wisconsin on Apr 24, 2017
Q: Verbal agreement with a coworker: I would pay $75 per month to be on his data plan. Can he sue me for overage fees?

I never agreed to pay for anything other than $75 per month. He complained about overage fees a couple of times but I never agreed to pay extra. Earlier this month he asked me to pay off the remaining amount due for my phone ($271) and get off his plan and on my own. We mutually agreed to do this... Read more »

You should not be worried. The coworker could have avoided the overage fees by switching to plan that allowed for more data. You could also argue that the coworker caused the overages and breached the agreement by revoking your access.

1 Answer | Asked in Civil Litigation and Constitutional Law for Wisconsin on Jan 12, 2017
Q: Can a County Court in one State, vacate the void judgment in a County Court of another State?

The short answer is no. But the court could refuse to enforce the void judgment.

1 Answer | Asked in Contracts and Civil Litigation for Wisconsin on Dec 7, 2016
Q: Where do I find jurisdictional rules for civil court less than $5000 case.

Everything occurred in Brown County. Business is located in Outagamie County. All work is in Brown County - What statues cover jurisdictional issues for Civil Court?

Section 799 of the Wisconsin Statutes governs small claims actions. This is a link to that section: https://docs.legis.wisconsin.gov/statutes/statutes/799.

1 Answer | Asked in Civil Litigation for Wisconsin on Sep 20, 2016
Q: If a Large civil suit was filed while a small claim with similar claims in part was being heard

If the small claims case was dismissed with prejudice, the large claims case is likely frivolous.