Attica, IN asked 11 years ago in Patents (Intellectual Property) for Indiana

Q: What is a reasonable royalty to pay for licensing a patent? 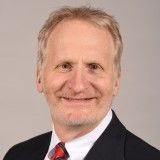 A: There are many factors to consider in determining a reasonable royalty. Under Supreme Court precedent, there are 15 factors (known as the Georgia-Pacific factors) to consider in a patent infringement lawsuit. These were first articulated in Georgia-Pacific Corp. v. U.S. Plywood Corp., 318 F. Supp. 1116 (S.D.N.Y. 1970), and include: 1. The royalties received by the patentee for the licensing of the patent in suit, proving or tending to prove an established royalty. 2. The rates paid by the licensee for the use of other patents comparable to the patent in suit. 3. The nature and scope of the license, as exclusive or non-xclusive; or as restricted or non-restricted in terms of territory or with respect to whom the manufactured product may be sold. 4. The licensor’s established policy and marketing program to maintain his patent monopoly by not licensing others to use the invention or by granting licenses under special conditions designed to preserve that monopoly. 5. The commercial relationship between the licensor and licensee, such as, whether they are competitors in the same territory in the same line of business; or whether they are inventor and promotor. 6. The effect of selling the patented specialty in promoting sales of other products of the licensee; the existing value of the invention to the licensor as a generator of sales of his non-patented items; and the extent of such derivative or convoyed sales. 7. The duration of the patent and the term of the license. 8. The established profitability of the product made under the patent; its commercial success; and its current popularity. 9. The utility and advantages of the patent property over the old modes or devices, if any, that had been used for working out similar results. 10. The nature of the patented invention; the character of the commercial embodiment of it as owned and produced by the licensor; and the benefits to those who have used the invention. 11. The extent to which the infringer has made use of the invention; and any evidence probative of the value of that use. 12. The portion of the profit or of the selling price that may be customary in the particular business or in comparable businesses to allow for the use of the invention or analogous inventions. 13. The portion of the realizable profit that should be credited to the invention as distinguished from non-patented elements, the manufacturing process, business risks, or significant features or improvements added by the infringer. 14. The opinion testimony of qualified experts. 15. The amount that a licensor (such as the patentee) and a licensee (such as the infringer) would have agreed upon (at the time the infringement began) if both had been reasonably and voluntarily trying to reach an agreement; that is, the amount which a prudent licensee — who desired, as a business proposition, to obtain a license to manufacture and sell a particular article embodying the patented invention — would have been willing to pay as a royalty and yet be able to make a reasonable profit and which amount would have been acceptable by a prudent patentee who was willing to grant a license.