Q: Can a judge disclose what his judgement was GOING TO BE, after a stip of settlement was just signed by both parties?

Can a judge disclose, to the parties, how he was going to rule IMMEDIATELY AFTER a stipulation of settlement was just signed by both parties? Is this considered misconduct, especially when it caused one of the parties great emotional distress and lasting mental effects? As I see it, there was no need to disclose what he was going to rule, especially considering the party he was considering ruling in favor of was caught (by the judge himself) lying under oath, committing tax fraud, and signing false testimonies. The other party did their due diligence in supporting all allegations against the first party, but the judge was going to favor the first party despite them bringing allegations against the second party and providing no supporting proof of the allegations (they were considered hearsay). The party who have had the ruling against them immediately broke down in court,and has been subject to the other party's taunting and gloating ever since, and it has caused great emotional pain. 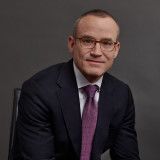 A: The short answer is yes.