Q: When does the statute of limitations start for Identity Theft Cases where the Bank was used for the ID Theft?

If a person is aware he may be a victim of Identity theft does the statute of limitation start from when he's aware of it or when he proves to the courts he was a victim and the Judgement and charged off accounts were overturned and dismissed? For Example: if a wrongfully issued Judgement was issued against a person from a Fraudulent U.S. Bank Account in May 2013, but the victim was not aware of it until 2015 after the bank garnished his bank account twice and continued to affect him etc.. then it was overturned and dismissed by the Bank and courts in June 2017. When Would the Statute of Limitation start? From when the Judgement was first issued in May 2013, when the victim was aware of it, or when the victim was able to produce evidence and documents to overturned and dismissed the Judgement due to evidence of Fraud and Forgery in June 2017? Wouldn't the statute of limitations to file a Claim and get reimbursed and compensated by the bank start from when the Judgement was dismissed? 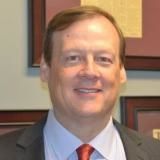 A: I recommend you speak with an attorney in your jurisdiction because your question is complex and depends on what claims you bring. In other words, certain federal claims have a one or two year statute of limitations, while some state law claims expire only after three, five or even longer period of years. The general rule is that a cause of action accrues and the time period to sue begins to run when you first can maintain a case, meaning you have sustained damages. The discovery rule may or may not apply, depending on what legal theory is being brought.