Q: can police search my computer without a warrant?

they came to my home to investigate the overdose of two neighbors. they asked if i would talk with them about it. they further asked if they could search for any more of the drug, "in the interest of public safety". i hesitated but said they could look for any more of the drug. one went to the bedroom and started searching. the other went to the living room. several minutes later, the one in the living room went into the dining room, turned on my computer, opened up my e-mail, and found incriminating evidence. he yelled "start telling me everything, or i'm going to start throwing everything in here out into the hallway" ( i live in an apartment building). . he told me it would go easier on me if i allowed him to take the computer then and there so i allowed him. three or four days later i got a copy of a search warrant. i was arrested a year and a half later and charged with several felonies. i am 62 years old and have never been in trouble in my life. 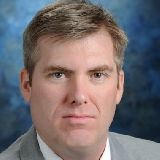 A: Your question is a bit more complex and requires a longer explanation. The police were not allowed to exceed the scope of the search, for which you gave them permission. The scope of the search was to seek physical evidence of drugs. Once you gave them permission, they were allowed to search through your home for evidence of those drugs. However, it would be unreasonable to believe that your permission included the right to search your computer as your computer cannot contain physical evidence of drugs.