Q: Got a ticket for rear ending someone. Have court on the 19th the guy said he wont show up at court bc my insurance is

Fixing his car so if i go will the 120 dollar ticket get dropped if he isnt there or do i just pay the fine and if i go do i plea guilty or not guilty. People have told me the ticket will get dropped if he said he wont go and that i should go before just paying it 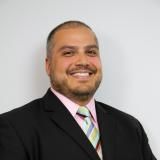 A: It all depends where you have to be in court. Cook County will typically dismiss cases when the other side does not show up on matters that did not result in an injury. Most other counties will require you to plea not guilty and come back on another date for a trial and if the other party does not show up on the trial date the case is typically dismissed. An experienced attorney will be able to assist you with this matter and may also be able to go to court without you having to appear.

Jason A. Wilkins agrees with this answer

Jason A. Wilkins
Answered 5 years ago

It would require you to plead not guilty. This only applies if the officer did not witness the accident. The reason they dismiss is because technically, the officer's testimony is hearsay. They only can repeat what other people said and that is generally not admissible. The other driver is the only one who can testify against you because you wouldn't/couldn't be compelled to testify against yourself UNLESS you plead guilty. Hence, in order to have the case dismissed, you would have to plead not guilty. Generally, you should avoid doing this directly and tell them you plead not guilty only when asked. Oftentimes, they will call you up, see if anyone else involved showed up, and dismiss it without such an election of guilt/not guilty is even required.

With that said, this isn't a guarantee. As I stated, having an officer who witnessed it appear will prevent this as they can testify to what they saw even in the absence of the other driver sufficient to prove the case. Additionally, if other witnesses appear, they too can prevent dismissal because there is enough evidence to prosecute. Finally, in instances where personal injury occurred, it is not unusual for the court to give a continuance before dismissing to give another chance for the opposing witness to arrive. After all, you shouldn't get out of a ticket hypothetically speaking because your driving hurt them too badly to appear in court. If personal injury occurred, I would highly advise seeking representation to prevent civil liability but it sounds like this isn't the case.

Jason A. Wilkins
Answered 5 years ago 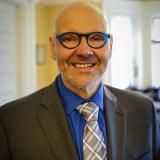 A: Show up. If the witness doe not show and the cop did not see the accident it will be dropped.