Q: Just found out my father's daughter left the state without notifying anyone. What can I do about support and visitation 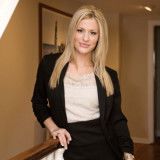 A: From your question, it is not clear whether you currently live in Pennsylvania, or if PA is the state in which your child's father's new residence is located. Regardless, when parties live in different states, jurisdiction can be a confusing and complicated issue to untangle. Due to the complexity and potential difficulty faced in uniformly enforcing child support orders across the country, there are procedures and guidelines governed by the Uniform Interstate Family Support Act (UIFSA), which has been adopted by all 50 states and the District of Columbia.

Generally speaking, if you do not have a support order, you may file for one in Pennsylvania if this is where your child's father used to reside with your child, and either you or your he continue to reside in the state. Pennsylvania will retain jurisdiction as long as he has "sufficient contacts" with the state. You can find out more detailed information with respect to jurisdiction over a non-resident in child support under 23 Pa.C.S. § 7201. This link will take you to the statue.

If your child's father meets this jurisdictional criteria, you may file a Complaint for Child Support, or Petition to Modify an existing order in the state of Pennsylvania. However, although Pennsylvania may have absolute jurisdiction over entering and modifying the child support order, enforcing the order may be a different story. You will need to register this existing order in your child's father's current state of residence with "Central Registry". All states will have an office called the "Central Registry". The UIFSA gives custodial parents two choices for enforcement, as it is often easier for local authorities to garnish wages of the payor parent or execute an arrest in the event of a contempt. This means that while you may want to enlist Pennsylvania's help to start a enforcement action, it will likely have to occur in the the state of current residence. Typically, your child's father's resident state has the most power to enforce the order, but again, may not modify or make any changes.

With respect to child custody, if one parent moves far enough away that the current schedule is no longer practical or possible to follow, if there is an official child custody order with the court, a Petition for Modification of A Child Custody Order should be filed in the issuing state. These petitions are filed when a a request to change the custody order is being made based on a substantial change in circumstance. Typically, this is filed by the party making the substantial change in residence. However, if they fail to do so, you may find that this burden defaults to you. While the order is considered to remain in place until officially modified and you are unlikely to be found in contempt for failure to abide by 100% of the terms if they have become unduly burdensome. For example, if your order specifies shared transportation, you cannot be reasonably expected to continue providing such transportation if the distance between your residence and the child's Father's residence has increased from 5 to 30 miles. Implicit and often explicit in the terms of your custody order are that the terms are conditional upon the geographical proximity that parents have to one another. In fact, a parent may not move with their child any distance far enough away to impeded the other's parent's custodial rights. When the custodial parent does this, it is considered a "relocation", and they are required to file a Petition for Relocation with the court. However, when a non-custodial parent is the person changing residence, no such terminology applies and a standard Petition for Child Custody Modification is appropriate.