Ambridge, PA asked 4 years ago in Wrongful Death and Probate for Pennsylvania

Q: One of my sisters was named as the executor of my mother’s will.

That sister opened a wrongful death suit against the nursing home my mother died in. From attorney answers online I was told that the settlement is supposed to be split up between all my mothers children. No one is in contact with the sister who opened the case and her children have said that she plans to split the money up amongst them. Is this legal? How would myself and my other siblings go about making sure the sister who is the executor actually splits up the amount seeing as she is trying to keep the whole amount of the settlement? 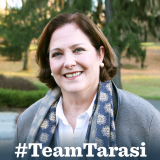 A: First, make sure you are listed in the filing. Go to the courthouse for the county where your mother lived.

Second there should be an attorney handling the estate. Make sure he has everyone's addresses and contact information.