Q: If I get pulled over for drunk driving, can I refuse to speak with the cop until I have a lawyer?

A: Some things you must tell the cops such as biographical information what you had to drink and where however you do not have to tell the police. 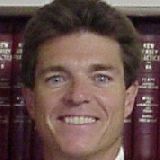 A: Right to Remain Silent upon arrest or police questioning- Miranda Rights

The Fifth Amendment to the United States Constitution prohibits the use of involuntary statements and confessions at trial. The State bears the burden of proof in a motion to suppress a statement allegedly obtained in violation of the Miranda doctrine. New Jersey requires the higher standard of beyond a reasonable doubt when the court determines if Miranda has not been fully complied with. State v Yough 49 NJ 587, 600-601 (1967), State v Whittington 142 NJ Super. 45, 49-50 (App. Div. 1976), State v Flower 224 NJ Super. 208, 213 (Law Div 1987) aff'd per curiam 224 NJ Super. 90 (App. Div. 1988).

Miranda applies not only upon arrest, but also upon custodial interrogation

"Custodial interrogation" has been defined as "questioning initiated by law enforcement officers after a person has been taken into custody or otherwise deprived of his freedom of action in any significant way." Id.

The test ... does not propose a determination of the actual intent or subjective purpose of the police in undertaking the interrogations but a determination based upon the objective evidence.

As set forth in NJ Practice, Vol. 32 Criminal Practice and Procedure (West 1998) Section 755, the United States Supreme Court in Rhode Island V Innis, 446 U.S. 291, 100 S.Ct. 1682, 64 L.Ed.2d 297 (1980) held that the term "interrogation" under Miranda refers not only to express questioning but also to any words or actions on the part of the police that the police should know are reasonably likely to elicit an incriminating response from the suspect.

It is "an established principle of our federalist system" that states may afford "individual liberties more expansive than those afforded by the federal constitution." State v Novembrino 105 NJ 95, 144-145 (1987).

Generally, a statement given by a defendant is not admissible in a criminal case unless the court is satisfied beyond a reasonable doubt that the defendant was informed of his Miranda rights before giving the statement and "in light of all the circumstances attending the confession it was given voluntarily." State v Hampton 61 NJ 250, 272 (1972).