Q: If a dog comes onto my property, attacks my dog and then flees,can I shoot the dog the next time I see it on my property

I saw the dog attack my dog and then run off when I yelled, so there is no question about what dog attacked my dog. The attacking dog belongs to my neighbor. 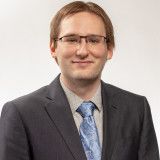 Here is the section of the Indiana Code that may help you.

IC 35-46-3-12 Torture or mutilation of a vertebrate animal; killing a domestic animal

Sec. 12. (a) This section does not apply to a person who euthanizes an injured, a sick, a homeless, or an unwanted domestic animal if:

(1) the person is employed by a humane society, an animal control agency, or a governmental entity operating an animal shelter or other animal impounding facility; and

(2) the person euthanizes the domestic animal in accordance with guidelines adopted by the humane society, animal control agency, or governmental entity operating the animal shelter or other animal impounding facility.

(b) A person who knowingly or intentionally beats a vertebrate animal commits cruelty to an animal, a Class A misdemeanor. However, the offense is a Level 6 felony if:

(1) the person has a previous, unrelated conviction under this section; or

(2) the person committed the offense with the intent to threaten, intimidate, coerce, harass, or terrorize a family or household member.

(d) As used in this subsection, "domestic animal" means an animal that is not wild. The term is limited to:

(e) It is a defense to a prosecution under this section that the accused person:

(1) reasonably believes the conduct was necessary to:

(A) prevent injury to the accused person or another person;

(B) protect the property of the accused person from destruction or substantial damage; or

(2) engaged in a reasonable and recognized act of training, handling, or disciplining the vertebrate animal.

(f) When a court imposes a sentence or enters a dispositional decree under this section, the court:

(A) a person convicted of an offense under this section; or

(B) a child adjudicated a delinquent child for committing an act that would be a crime under this section if committed by an adult;

to receive psychological, behavioral, or other counseling as a part of the sentence or dispositional decree; and

(2) may order an individual described in subdivision (1) to receive psychological, behavioral, or other counseling as a part of the sentence or dispositional decree.

You should report the incident of your neighbor's dog attacking your dog to the police, if nothing else.

Please consult with a local animal attorney in your area. Any information given here should be considered general information and not legal advice.