Q: Is it possible for a felony I recieved in the military to be expunged?

The felony is premeditated attempted murder. 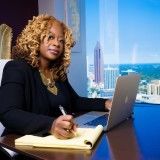 A: There is NO expungement of military court-martial records, even if you are acquitted at trial. Here is a recent case of a person who sought to have his court-martial conviction expunged.

The United States Department of the Navy (Navy) dishonorably discharged Jerome Randolph, the pro se appellant, after a court-martial convicted him for sexual assault and falsifying a statement about that assault. After this discharge, Mr. Randolph repeatedly sought expungement of his court-martial conviction, as well as an award of back pay and an upgraded discharge status, before the Board for Correction of Naval Records (Board). The Board denied him any relief. He ultimately filed suit against the United States (government) in the United States Court of Federal Claims (Claims Court) seeking the same relief he sought from the Board, as well as claiming relief from defamation. The Claims Court concluded that, in light of his court-martial conviction, the Board reasonably refused to award him back pay and upgrade his discharge status. The Claims Court also held that it had no jurisdiction to expunge his court-martial conviction or to proceed with his defamation claim. Even after we broadly construe Mr. Randolph's arguments on appeal, we affirm.

Randolph v. United States, No. 2017-1477 (Fed. Cir. 13 June 2017). Randolph is also a good reminder on the limited jurisdiction of federal courts to review and change a court-martial conviction.

There is NO expungement period, except corrections that might be available to your criminal record addressed above.

The one option is to seek a Pardon from the President of the United States. Note that the rules are quite strict.

Under the Department's rules governing petitions for executive clemency, 28 C.F.R. §§ 1.1 et seq., an applicant must satisfy a minimum waiting period of five years before he becomes eligible to apply for a presidential pardon of his federal conviction. The waiting period, which is designed to afford the petitioner a reasonable period of time in which to demonstrate an ability to lead a responsible, productive and law-abiding life, begins on the date of the petitioner's release from confinement. Alternatively, if the conviction resulted in a sentence that did not include any form of confinement, including community or home confinement, the waiting period begins on the date of sentencing. In addition, the petitioner should have fully satisfied the penalty imposed, including all probation, parole, or supervised release before applying for clemency. Moreover, the waiting period begins upon release from confinement for your most recent conviction, whether or not this is the offense for which pardon is sought. You may make a written request for a waiver of this requirement. However, waiver of any portion of the waiting period is rarely granted and then only in the most exceptional circumstances. In order to request a waiver, you must complete the pardon application form and submit it with a cover letter explaining why you believe the waiting period should be waived in your case.