Q: In Maine, at what point in the pre-trial process is a person released, and how would someone's bail be denied?

So to clarify my question a little more:

I'm a writer, and looking to do some research for my book. In it, someone is arrested on a felony, and the prosecution argues that he's dangerous and his bail should be denied.

So firstly: at what stage would the prosecution argue this? Arraingment? First appearance? A separate hearing?

And secondly: if bail is not denied, is the suspect released straight after the initial appearance, or do they still remain in custody until after the arraingment? 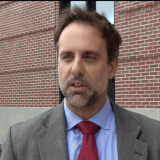 A: The bail would be argued at the initial appearance.

If someone is granted bail they are released right away after the initial appearance.

Hope that helps. Thanks