Q: Can I stop ex from taking kids out of state because his attorney didn't submit final custody order decree yet?

My ex has an attorney and I don't we had court February 26th and I gave my ex full custody of our kids until I'm off probation but we have joint legal custody however many issues were not discussed such as taking the kids out of state, holidays, etc. And we are already having issues with parenting times. The judge told my exs attorney to submit the final decree and as of today March 5th his attorney still has not submitted the order to the court. I have called muktiple times to get a copy and am told they only have the old order in which my ex had sole custody and I had supervised visits. The judge said we cluld start following the bew order immediat ley. My ex told me he is taking my kids out of state & gave me 4 days notice. Because of the fact that neither one of us knows what the final order says about taking the kids out of state and how much notice is needed to be given I'm not comfortable with him taking the kids out of state but he is doing it anyways. Can he legally do that? 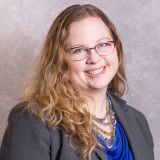 A: If out of state travel is not addressed in the Parenting Plan, generally either parent may take the children out of state for any period that does not overlap the other parent's parenting time. However, case law in Nebraska is clear that the custodial parent cannot permanently move the children from Nebraska without a court order. Remember that one of the frustrating things about the law is that it is reactive and not proactive. As a general rule, something bad has to happen before the law will do anything about it. If this is just a short term trip, the judge is not likely to grant some sort of injunction to stop travel. For more specific options for your matter, you will want to consult with an attorney about your specific parenting plan and your specific judge. Best wishes to you as you navigate this situation.

Edidiong Aaron agrees with this answer 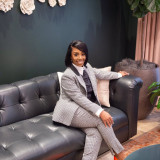 A: If the out of state trip does not interfere with your parenting time, he MAY be granted to do so. Where custody is decided and a parenting plan is in place, generally, a parent may exercise their designated parenting time as they wish. In most cases, unless specifically agreed upon, the other parent is not even required to give you notice about their plans during their parenting time. Additionally, if the judge instructed you guys to start following the order immediately you should do so, even if you do not have the official copy yet. As I am in the state of Georgia, you should seek legal counsel in Nebraska for further concerns. I hope that you find relief in this matter.

Julie Fowler agrees with this answer

A: It is possible to file a motion to compel entry of an order if a party is deficient in preparing or returning a proposed final order. Generally a judge will give a party some time to prepare an order and very often more than a week.

A parent can generally travel out of state with the children on the parent's own parenting time without permission from the other parent. What applies in your case applies to what the judge ordered in your case. If the judge didn't enter an order specifically restricting travel, then there is likely no restriction on the custodial parent from taking the children out of state on the parent's own parenting time.