Utica, MI asked 2 years ago in Collections for Michigan

Q: Can she do something?

My boyfriend was on his exes phone plan. He needed a new phone because that one didn’t work so he cancelled the phone on her plan(she gave him the account # & pin) and went through a different company. she’s now saying that he owes her money but his name was never on the contract and he never signed anything with the previous phone company or her. She’s now saying that he owes her money and if he doesn’t pay she’s going to take legal action is there anything she can do? Thanks for any advice, I appreciate it! 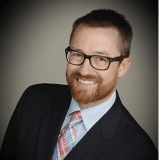 A: The question is whether your boyfriend had a contract with his ex. A contract does not have to be in writing to be enforceable. But if it is an oral contract, it needs to be proven with enough specificity to show there was a meeting of the minds and an intent to be bound by the contract. A contract can be proven by express words, or it can be implied through circumstances. So the question here is whether the past conduct by your boyfriend and his ex showed that there was a contract in law, or whether they had an oral contract. Relevant to that inquiry might be whether your boyfriend made payments to the ex in the past for cell phone service.

Supposing that the ex can show a legally binding contract existed, she there might be "something" she can do. She might be able to sue him in small claims or the district court. But since this is a fact-intensive question, it's not really possible for anybody commenting in this forum to give your boyfriend advice. For further information, your boyfriend should consult with a collections attorney in your area. 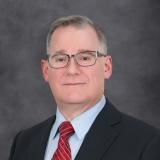 A: She could file a small claims case. But she faces a difficult time. The contract was hers, so if the phone was purchased through that plan on installments, then it's her phone and her responsibility. This sounds like it could be a gift. Gifts are not to be repaid and a court will not order someone to return a gift after the relationship ends. But, on the other hand, it sounds like it was an agreement to share the expenses, to me. Single person phone contracts are expensive,, bundled family plans are cheaper per person. So, who gets a big phone plan and shares it with another without the expectation that the other person shares the expense?

If he did agree to use the phone under her plan (perhaps it was cheaper for him to join her plan) and did agree to pay her, then we have an agreement. But, an agreement of this kind should be in writing and might be difficult to enforce in court unless the agreement is in writing and signed by the person to be charged with the agreement, contract, or promise (your boyfriend). The outcome will depend upon the facts. But remember, Small Claims courts are not as strict as higher courts and often make rulings based in part on the law and in part on what's fair. So, if there is no written agreement, but the court believes that he agreed to pay her for his phone and part of the monthly fees? Then, the court would not hesitate to rule for her.

So, yes, she can file a small claims case and win or lose, your boyfriend would have to spend time and treasure to defend the case. He may have a good defense, but not an absolute defense. It's likely not worth the hassle to defend.

What is the right thing to do here? If he received the benefits of using her plan and phone and she suffered a financial loss because he backed out of his agreement earlier than either one expected, then shouldn't he make an offer a compromise?