Murfreesboro, TN asked 2 years ago in Divorce for Tennessee

Q: Bought house with son 2010. He married 2016. Does property become marital asset if we refinance it now? 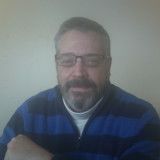 In certain circumstances, an entire asset could be given to one spouse.

“Separate Property” is all real and personal property owned before marriage, gifts and inheritances.

With regard to “marital property,” the courts look at:

1. The duration of the marriage;

2. The age, physical and mental health, vocation skills, employability, earning capacity, estate, financial liabilities and financial needs of each of the parties;

3. The tangible or intangible contribution by one party to the education, training or increased earning capacity of the other party;

4. The relative ability of each party for future acquisitions of capital assets and income;

6. The value of the separate property of each party;

7. The estate of each party at the time of marriage;

8. The economic circumstances of each party at the time the division of property is to become effective;

10. The amount of social security benefits available to each spouse; and

11. Such other factors as are necessary to consider the equities between the parties.

In spite of the “general” statement mentioned above, courts do consider separate property. If one spouse has more “separate” property, then the other spouse will usually be given more “marital” property.

In direct answer to your question, the appreciation of “separate” property during the marriage can become “marital” property. The test is whether the non-owning spouse proves that both spouses substantially contributed to its preservation and appreciation.

There is also a concept of “transmutation.” This is when there is evidence of an intention that the separate property be marital.

The issues that are of concern to you are complex.