Q: Does a 'Felony' come off of someone's record after a certain period? Can a marijuana sell/distribution be expunged?

In 2007, I was charged with a Drug Felony for Possession/Manufacturing/Sell/Distribution of Marijuana in Douglas County. They (Police) actually Kicked our doors in while I was @ work. I was called and had to leave out of surgery. When me and my mother got there; They had already left with my husband (@ that time). I called the number and the investigator just told me where they put my dogs and made a comment like ;Well, you know we already got him and told me that I was okay for now and i found lawyers and I was told when to show up to be booked in as well but they said it WASN'T me that they wanted. Long story short they asked me to snitch on some people & I refused.. I bonded out the same night.. Since I didn't tell on nobody they told me they would make me regret it. 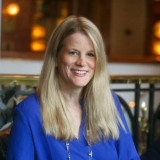 A: Unfortunately, in Georgia, you can no longer expunge your record. The new term is "restriction" and your case doesn't qualify for restriction. So, it will remain on your record.