Washington, DC asked 1 year ago in Copyright and Intellectual Property for Indiana

Q: I am writing a parody of Elsa and Anna I have a disclaimer stating it is a parody 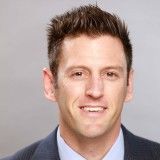 A: Works of parody are generally acceptable forms of "fair use" protected from what would otherwise would amount to copyright infringement. As you've alluded, Section 107 does provide several examples of fair use, including uses of copyrighted works “for purposes such as criticism [or] comment.”

Both parody and satire employ humor in commentary and criticism, but the key distinction, and the reason that parodies are more likely to be considered fair use than satires, is the purpose each serves. Satire is defined as “the use of humor, irony, exaggeration, or ridicule to expose and criticize people’s stupidity or vices, particularly in the context of contemporary politics and other topical issues.” Compare that to the definition of a parody: “a literary or musical work in which the style of an author or work is closely imitated for comic effect or in ridicule.”

While both parody and satire use humor as a tool to effectuate a message, the purpose of a parody is to comment on or criticize the work that is the subject of the parody. Whereas a parody is a comedic commentary about a work, that requires an imitation of the work, satire offers commentary and criticism about the world, not that specific creative work -- even when it uses a creative work as the vehicle for the message. Therefore, parodies use copyrighted works for purposes that fair use was designed to protect.

The Supreme Court explained in the landmark case - Campbell v. Acuff-Rose Music, Inc., that: “Parody needs to mimic an original to make its point, and so has some claim to use the creation of its victim’s (or collective victims’) imagination, whereas satire can stand on its own two feet and so requires justification for the very act of borrowing.”

Another important factor to keep in mind -- and the reason I mentioned above that parody is "generally" accepted as fair use" is that all attempts at parody are not equal, and so in each instance the particular parody would still need to undergo the four factor fair "use analysis" to determine whether it constitutes a fair use. For example, an attempted parody of a song that borrows too much of the original composition and lyrics, and as a result sounds too much like the original, is less likely to qualify as a fair use.

Tim Akpinar and Kathryn Perales agree with this answer 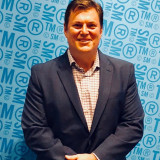 A: Parody protection can always be a tricky thing. A true parody is a work that makes fun (or "pokes fun") of the original. If you are doing that, you are in a much better position as section 107 does allow fair use protection for things like this, and for things such as "comment and criticism."

It is important, however, to ask make sure you know the difference between parody (which is NOT copyright infringement) and using another's work for "satire" purposes (i.e. using Elsa and Anna to make fun of something else).

In these types of cases, the courts will apply the four factor "fair use" test. You can google to find out more about that. If you plan on making a substantial investment, you might want to seek a fair use opinion letter, can be worth it to make sure you are protected in advance. Good luck. Attorney Steve®