Denver, CO asked 3 months ago in Small Claims for Colorado

Q: Can I be taken to small claims court for a bill I have no proof of?

I was on a family phone plan with my ex-roommate. After a month of asking her to release ownership to me she finally put in the request. However she states that I owe her for this last bill. But she is refusing to send me a copy or photo of the bill proving the amount. Prior to me moving out Ialso paid for half the wifi bill which is bundled in. She said it is the same amount as when I was living there. I pointed out that included the wifi and I would not be paying for the wifi as I am not living there. She is refusing to show me proof of the bill until after I have pay my portion. 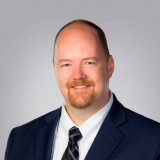 A: You ask a great question that has two parts. I'll answer from a Colorado state law perspective. (1) When you ask "can I be taken to court for a debt with no proof" the answer is yes, you certainly can be sued by someone claiming a fact they can't prove at the time they file the lawsuit. The court system allows folks to sue on a claim under the assumption that proof can be obtained later, perhaps from some institution that holds the records, perhaps obtained from you and the other defendants, or perhaps from some source that conceals the proof until a lawsuit begins. (2) However, a lawsuit filed with no proof of wrongdoing gives the defendant (in this case, yourself) several options for stopping the lawsuit before a court trial begins. A defendant can file papers with the court to demand some good-faith proof of the accusations and, if no good-faith evidence comes forward, the lawsuit becomes easier to dismiss. All courts and jurisdictions have a way for a defendant to ask for a case to be dismissed for lack of good-faith ways to prove the allegation of wrongdoing.

Strictly speaking, your ex-roommate can progress with the lawsuit without showing the cell phone bill. But your ex-roommate will need to show the court something to prove the dollar amount owed. It could be a payment made to the cell phone company, could be a sworn statement from a credible witness, or could be some other evidence like a pattern of past cell phone payments made. But, cell phone records are not mysterious or secretive. A copy can easily be obtained. It is most likely the courts would not entertain a lawsuit based on a bill that could so easily be proven with a written record of a debt owed, but your accuser refuses to bring that document forward. The courts could require the ex-roommate to give you a copy of that bill or risk that the lawsuit be dismissed from the courts.