Hanover Park, IL asked 4 months ago in Probate for Illinois

Q: Can you petition to change executor of will & can home improv be paid from assets prior to probate?

Will from 1983 & beneficiaries would agree to whomever the change would be. Party in question is incapacitated but home needs work before can sell for probate. 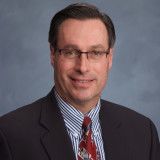 A: The short answer to your question is "yes."

"(1) the representative is acting under letters secured by false pretenses;

(2) the representative is adjudged a person subject to involuntary admission under the Mental Health and Developmental Disabilities Code or is adjudged a disabled person;

(3) the representative is convicted of a felony;

(4) the representative wastes or mismanages the estate;

(6) the representative fails to give sufficient bond or security, counter security or a new bond, after being ordered by the court to do so;

(7) the representative fails to file an inventory or accounting after being ordered by the court to do so;

(8) the representative conceals himself or herself so that

"[A]n executor should not be removed for errors or omissions which are satisfactorily explained, errors of judgment not amounting to malfeasance, or error in the construction of a will in the absence of wilful misconduct, or bad faith." In re Estate of Breault, 29 Ill. 2d 165, 180, 193 N.E.2d 824, 832 (1963). Further, an executor may not be removed merely because beneficiaries of the will might have handled the estate differently and prefer a different executor. Estate of Kirk, 242 Ill. App. 3d at 79, 611 N.E.2d at 544. ¶ 30.

I hope this helps. The executor is charged with making decisions concerning the real property and to act in the best interest of the estate. The executor is statutorily empowered to take possession, administer and grant possession to the decedent's real estate. If the home needs work before putting it on the market, and such action is in the best interest of the estate, then the executor may make such improvements. If there is doubt concerning the value of such work, then the executor should seek court approval, especially if the work involves substantial sums of money.