Asked 11 years ago in Intellectual Property for California 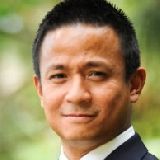 A: Without looking up the actual patents you cited, more facts are needed to answer this question, such as whether the two patents have a common inventor, a common assignee, or the same inventive entity. Also, one can apply for what's called a "divisional application," which is a later application for an independent or distinct invention, carved out of a pending "parent application" and disclosing and claiming only subject matter disclosed in the earlier parent application. It may be possible that the two patents you cited resulted from two divisional applications from the same parent application. There is a doctrine of double patenting which seeks to prevent the unjustified extension of patent exclusivity beyond the term of a patent. Double patenting results when the right granted by a first patent is unjustly extended by the grant of a later issued patent or patents. A double patenting issue may arise between two or more pending applications, between one or more pending applications and a patent, or in a reexamination proceeding between the patent claims being reexamined and the claims of one or more applications and/or patents. While considering the factors I mentioned above, the question to ask is whether the same invention is being claimed twice. 35 U.S.C. 101 prevents two patents from issuing on the same invention.