Q: how long can i request an ammendment to pleadings in my federal civil rights case? 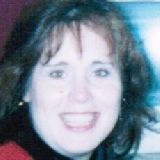 (a) Amendments Before Trial.

(2) Other Amendments. In all other cases, a party may amend its pleading only with the opposing party’s written consent or the court’s leave. The court should freely give leave when justice so requires.

(3) Time to Respond. Unless the court orders otherwise, any required response to an amended pleading must be made within the time remaining to respond to the original pleading or within 14 days after service of the amended pleading, whichever is later.

(b) Amendments During and After Trial.

(1) Based on an Objection at Trial. If, at trial, a party objects that evidence is not within the issues raised in the pleadings, the court may permit the pleadings to be amended. The court should freely permit an amendment when doing so will aid in presenting the merits and the objecting party fails to satisfy the court that the evidence would prejudice that party’s action or defense on the merits. The court may grant a continuance to enable the objecting party to meet the evidence.

(2) For Issues Tried by Consent. When an issue not raised by the pleadings is tried by the parties’ express or implied consent, it must be treated in all respects as if raised in the pleadings. A party may move—at any time, even after judgment—to amend the pleadings to conform them to the evidence and to raise an unpleaded issue. But failure to amend does not affect the result of the trial of that issue.

(c) Relation Back of Amendments.

(1) When an Amendment Relates Back. An amendment to a pleading relates back to the date of the original pleading when:

(A) the law that provides the applicable statute of limitations allows relation back;

(B) the amendment asserts a claim or defense that arose out of the conduct, transaction, or occurrence set out—or attempted to be set out—in the original pleading; or

(C) the amendment changes the party or the naming of the party against whom a claim is asserted, if Rule 15(c)(1)(B) is satisfied and if, within the period provided byRule 4(m) for serving the summons and complaint, the party to be brought in by amendment:

(i) received such notice of the action that it will not be prejudiced in defending on the merits; and

(ii) knew or should have known that the action would have been brought against it, but for a mistake concerning the proper party’s identity.