Amarillo, TX asked 8 years ago in Family Law for Illinois

Q: can my daughter move out of state with her 16 yr old for health reasons she is not married to father n has full custody

He is under dr. care for anxiety and depression caused by father, we tried talking with him but only hangs up, he doesn't see his son , only at his convenience, and when he does he just tells him things about his mom and he does not want to see him, he said he is not a father , and only a jerk who came into his life to make him miserable,,,,he said he is tired of being paranoid and scared living in chicago and wants to move to texas where i am,,,,,,he was an honoral student for 2yrs and failed due to being in the hospital,,,,,,,can his father stop my daughter from moving even if it is for the best interest of his well being,,,,,,,,,we have tried to talk to him but he wont listen,,,,,,,,,dr's even said that he can come to see them to talk about his health and well being and he told my daughter that he wasnt , what would be our next step to try to help him , he is 16 yrs old , i am just afraid of what it will progess into 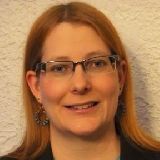 A: In Illinois a custodial parent must be given permission to permanently move a child out of state. Your daughter needs to file paperwork requesting to move out of state as soon as possible since the process can be very lengthy.

If you daughter has joint custody with the father, she must ask the father, in writing, to attend mediation before she can file paperwork in court.