Beavercreek, OR asked 5 years ago in Criminal Law for Oregon

Q: Is it legal for me to carry a collapsible baton in Oregon?

I have been thinking about getting a collapsible baton but I don't know if it's legal for me to carry it in public. Also I would like to know if there are any special requirements for me to own one.

A: Probably not -- a court would likely find it illegal.

Under ORS 166.240, it is illegal to carry certain weapons concealed: "any knife having a blade that projects or swings into position by force of a spring or by centrifugal force, any dirk, dagger, ice pick, slungshot, metal knuckles, or any similar instrument by the use of which injury could be inflicted upon the person or property of any other person"

Baton-like instruments are not mentioned. "Any similar instrument" could be interpreted by a police officer or the court or both to cover such items and that is what I would expect.

Oregon's concealed carry licenses are called "Concealed Handgun Permits" and, thus, do not apply to weapons other than handguns. 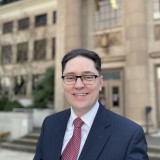 A: The answer is a bit complicated. I actually wrote an article on this topic, which you can read here: https://romanolawpc.com/expandable-collapsible-batons-legal-oregon/

In short, you can possess and open carry a collapsible baton in Oregon legally provided that it's not concealed or otherwise prohibited based on your status or location. For example, if you're on probation it could be unlawful. Also, if you're in a location that doesn't allow weapons, it'd be unlawful as well.