Levittown, PA asked 3 years ago in Banking and Real Estate Law for Pennsylvania

Q: Please Help Me. I was added to a deed before my dad passed away. The Real Estate Lawyer Was Paid, But never recorded it.

Please I have a situation where i was put on the deed, but it was never recorded. My dad added me before he passed away. That was on march 12th 2004. My mother hired this lawyer after the death of my father. The Lawyer made up another deed for my mother, she paid him off. Where is the original deed? How can a deed be changed? My mother passed away on may 16th 2016, and told me she paid off the same Lawyer that represented my dad. How did he get away with not recording the original deed? 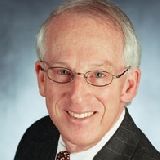 A: Your question is not clear, but I will do my best with the facts as I understand them.

First, I gather that the property was in the names of your father and mother. At one point, your father, without your mother, tried to add your name to the deed. That deed was lost and never recorded. However, since your mother did not join in that deed, it would have been a nullity. If I misunderstood, and your mother did join in the deed, since the deed was lost, you can just forget about it anyway.

When your father died, if your mother was on the deed, the property would have passed to her by right of survivorship. Your mother had a deed written to convey the property to you, or to add you, but that deed was never recorded and has also been lost. You can also forget about that deed, since it was lost.

However, if you know who the lawyer was and if your mother signed the deed before she died, and if you can locate the deed, it may be able to be recorded now, even though she has died. If not, since your mother has since died, you will need to go to a lawyer to open an estate for your mother. If she had a Will, the designated person will be appointed Executor/Executrix. The property would then be disposed of in accordance with the Will. If she had no Will, you can be appointed Administratrix. The property would then pass to you and, if applicable, any siblings (assuming that she did not remarry after your father's death). The Administrator/Administratrix or Executor/Executrix would have to execute a new deed, which would be prepared by the lawyer handling the estate.

You will need to consult a lawyer to handle this for you.