Q: Do businesses have to follow the First Amendment? Are they subjugated to the same laws?

The game is League of Legends. The terms literally say that they have he right to steal the in game content you purchased if you violate their rules. My situation includes me using explicit and vulgar language in frustration towards other players online. Because of this my account is banned and the terms say that you get no refund. I'm upset about this but more so that I was banned for the use of inappropriate language. I want given a warning. I had never been banned from the game before this. This was the first instance I've ever been banned. I'm fairly certain this is a violation of my first amendment right above anything else. I wasn't even given a second chance. My account has been permanently banned forever, no remorse, no forgiveness. I have posted in their community boards and made pleas telling them

I am sorry and that I won't do it again but I have been told that my account is banned indefinitely and will not be revoked. 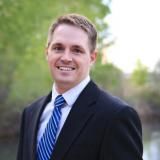 I am sure the League of Legends has some "terms of use" policy that you agreed to before you started playing and in that "terms of use" policy it stated that the user could be kicked out because of language. This is a separate agreement between you and the League and although the League can't throw you in jail (this would be a governmental action) because of the language they can cut you off from the use of their product.

I hope that this helps you frame the issue. If you work with them and promise to be better I bet they will let you back in. Businesses have a hard time saying no to paying customers who agree to play by the rules.