Lewisville, TX asked 4 years ago in Criminal Law for Texas

Q: Im a student following a case. A man accused of 1st degree felony for sexual abuse to a child

the trial started yesterday. Today he plead guilty and stopped the trial. Why would someone do that when he might have gotten a hung jury or a not guilty?

A: Normally, it is because a deal was struck between the prosecutor and defense that was reasonable to both parties. A lot of time, the trial process is posturing. A game of chicken if you will between the prosecution and the defense. Both are on different sides of the spectrum and are wanting different deals out of the plea process. When they can't work it out, the case has to still matriculate through the justice system. The longer they can't come to a deal the closer a trial date becomes. Before you know it, you are in a trial and reasonable minds will prevail finally leading to a deal that works for both sides. I would go to the prosecutor or defense attorney and ask them if this is what the issue was to be sure. But it sounds very familiar from your description above. 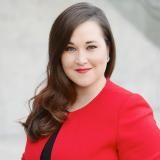 A: This can happen for any number of reasons. First, both the State and the Defense have a right to a jury trial. If the State chooses not the waive that right, then the defendant is set for jury trial regardless of whether he desires to plead guilty or not guilty. Jury trials are generally high-risk, high-reward situations; especially in sexual assault cases where children are involved as a finding of guilt could result in serious pen time and registration as a sex-offender. Before a jury trial, a defendant may go through a number of pre-trial settings where the State can make plea bargain offers. Such offers can be low to encourage a defendant to plead a weaker case, offering less time than they could expect to receive from a jury if convicted; or such offers can be high because the State believes a certain punishment should be reached given the severity of the case and strength of their evidence. In cases where a plea offer is made by the State, defendants and their attorneys may choose to go to trial because they believe the evidence is insufficient to result in a finding of guilt, but they may also choose to proceed to trial because they believe, even if found guilty, their punishment will be less severe from a jury than it would be if they accepted the plea offer. For example, if someone is charged with a First Degree offense, their punishment range, if convicted, would be 5 years to 99 years or LIFE. This punishment range can go even higher depending upon the specific allegations or prior criminal history of the defendant. So, if a prosecutor offered 4 years, to a reduced offense, that would encourage a defendant to plead rather than try their luck with a jury. On the other hand, if a prosecutor offered 50 years, the defendant would be encouraged to proceed to trial and try their luck with a jury, regardless of how strong or weak their case may be. Sometimes, things can happen during the trial phase of a case, such as pre-trial motions or voir dire where a jury is selected, that encourage one side or the other to adjust their expectations and resolve a case. Because the State has the burden of proof in all criminal cases, preparing for trial, calling witnesses, paying experts, gather exhibits, can be time-consuming and expensive. As such, it is unlikely that the State will "fold" and make a reduced offer once a trial has started. They would be "pot committed" as some may say. If a case is pled during trial, it could be because the trial has taken an unexpected turn, for one reason or another, that could cause the State to question their confidence in the outcome; whether it be the verdict or ultimate punishment. Ever heard, "a bird in the hand is worth two in the bush?" A plea bargain guarantees an outcome for both sides and avoids what can be a lengthy and difficult trial for witnesses, attorneys, and jurors alike.