Asked 3 years ago in Copyright and Trademark

Q: I have problem with finding name for my project. So I wanted to know some stuff about how the trademark works. Thanks.

So, I'm starting some online projects and I wanted to know some thing. I personally think that trademark law is garbage 'couse it trademarks some usual and common things like "Orange Turtle" for example, and not some rare and original idea like "PewDiePie". F.E., I don't know if you saw it, I wanted to use name "Maxi" for that project, but there is 1795 (!!!), resaults for copyright under name Maxi, which is common spanish/latin first name. LOL! So I can get sued for using name Maxi, which doesn't make sense at all. So, there is like 7 billion people on the planet ... I'm pretty sure you can find more stuff with name Maxi producing same stuff. Like Maxi Hair Salon or Maxi Car Parts ..... I again, wanted to use one really common male first name for that project, but again - more then 300 search resaults in trademark database. -.- Any help to this problem? I really don't have problem with trademarking some unique stuff, but common names and words like "Nathan" F.E., or I don't know .... 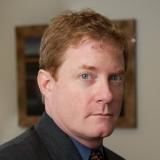 A: Sounds like you could use some clarification about how all this works.

First off, a trademark has no meaning, value or significance outside of the products and/or services with which it is used. You can't criticize, as one example, "Orange Turtle" as a possible trademark without addressing what kinds of products and/or services the mark is used with. If somebody wanted to sell orange turtles using that name, then trademark law would immediately preclude them from doing so, because the mark would be "merely descriptive" of the orange turtles they sell. If you instead apply the name to, say, surf boards, then the conversation changes dramatically. There is nothing "common" about arbitrarily matching the words orange and turtle with surf boards, so that combination would likely constitute an acceptable trademark.

The types of possible trademarks, with their eligibility for protection, can be generally described as follows:

--descriptive marks (e.g. Cut Rate Lender (merely describes the services offered); Johnson Auto Repair (merely describes the owner and the services offered)): these are not initially eligible for protection, but can gain eligibility if the name comes to mean something significant in the eyes of the consuming public; this is called "secondary meaning," and McDonalds is probably the best example of a descriptive mark earning eligibility because of it's widespread public recognition.

--suggestive marks (e.g. Igloo Coolers (it doesn't directly describe the products, but once you know the product, you can see the relationship)): usually eligible for protection

--arbitrary marks (e.g. Amazon (common word, but has nothing to do with the products offered)): usually eligible for protection

As you go along this scale, while it gets easier and easier to gain trademark protection, it also becomes harder and harder to get the public to recognize what exactly it is that you offer. Your example of a name is an example of a descriptive mark (assuming the name is that of an owner). As such, the mark isn't generally eligible for protection without some showing of secondary meaning. However, if a party uses a mark continuously for five years, such a showing can be presumed.

Hopefully this helps sort out for you some of the issues you've raised. Of course, please note the important disclaimers set forth at the bottom of this page.