Q: An illustrator is interested in purchasing a license to my photograph for reference purposes, how does this work?

My photograph will only be viewed by the illustrator so they are able to create their own artwork based off the image and then sell their artwork, so I'm not sure if I would charge a licensing fee (and how to go about configuring that) or charge royalty fees. I'm having trouble configuring how to go about coming up with a licensing agreement because the illustrator is not looking to sell my photograph, but rather sell their artwork based on my photograph. Any advice is greatly appreciated. Thanks. 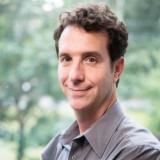 Mark A. Baker
Answered 3 years ago

A: As the creator of the work, and therefore the owner of the copyright (assuming you have not otherwise transferred the copyright or made the work as a work-for-hire), you have the exclusive right, among other rights, to create derivative works. An illustrator who creates illustrations from your original (copyrighted) work is creating a derivative work (subject to issues regarding "fair use," which I will not discuss here), and it's up to you whether, and under what terms, to permit this use.

If you are interested in allowing the illustrator to use your work for the purpose of making derivative works, consider the following possible licensing arrangements:

- a written licensing agreement, describing the permitted use, with a royalty-only scheme, such as 30% of gross sales. In this context, if the illustration(s) doesn't sell, you won't see any money.

- a written licensing agreement, describing the permitted use, with a hybrid financial arrangement: upfront fee (maybe a small sum) plus a royalty payment, such as 30-40% of gross sales. In this context, if the illustration(s) doesn't sell, at least you got some upfront money.

If you want to license the work, try to determine how badly the illustrator wants it, and what his financial wherewithal is - this can allow you determine the best option that works for you and the illustrator and allows you to set a fair fee for you work. Bear in mind the difficulty in determining exactly what sales or other income illustrator has on account of the illustrations - this means it may be difficult to determine whether there have been sales, and what you are owed. Any license agreement that is based upon a royalty should also have provisions requiring the illustrator to account to you periodically for sales/royalties.

Will Blackton agrees with this answer