Mundelein, IL asked 4 years ago in Family Law and Child Custody for Illinois

Q: If my son's mother has been charged with a misdemeanor & her bf has also and has past charges can I get sole custody?

I recently found out she was charged with a class 1 misdemeanor and he was charged with possession of marijuana 1 ounce to 1 pound . Her boyfriend has alot a criminal record he was arrest for possession of controlled substance, domestic battery and unlawful restraint to the mother of his child. With them having criminal records would be in my favor during the custody dispute? 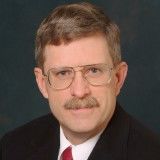 A: The test a judge looks at is the best interest of the child. Unless you can demonstrate an actual adverse impact on the child resulting from these charges they will be considered by a judge but not be likely to sway the decision. For one thing, being charged with a crime is not the same thing as being convicted of it. She is entitled to a presumption of innocence. For another thing, if she is convicted of retail theft (shoplifting), it is unlikely to have any impact on the child and won't affect the child; on the other hand, if she is convicted of contributing to the delinquency of a minor by actively involving the child in the retail theft, a judge would pay a great deal of attention to it because it directly impacts the child. 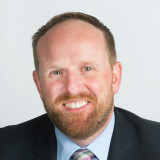 A: It is possible. The judge will look at the whole picture before making such a big decision.