Q: What can I sue someone for as the victim of an assault and battery and larceny from a car?

Criminal charges are being persued, the 'suspect' has been arrested and arraigned. He punched me in the face twice, knocking my front tooth out. He was the passenger in my car I was DRIVING, so i parked and demanded he get out. He refused, so i got out. Whwn he hit me he knocked off my glasses, and i was injured and in a panic so i left my keys and wallet admist the trauma. Records at a gas station show my credit cards being used, cards cancelled and fraud dept called. This is my POS brother in law, who was very intoxicated, and i was taking him to taco bell. He got mad i wouldnt go through the line again for him to lie about his food, and when he tried to light my last cigarette i went to take it from him and thats when he hit me. I never physically touched him nefore or after, nor was there an argument. He just went drug crazy. He has priors, Intent to do bodily harm less then murder as well as drug charges. What can I civilly sue for? Can they garnish his wages in the future? 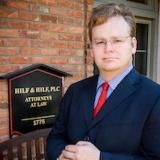 A: You were the victim of an intentional tort (assault and battery) and can pursue a civil lawsuit against him. The lawsuit can be filed as a small claims matter (where you represent yourself in court), however your recovery will be limited. You, or a lawyer retained to represent you, can file a civil lawsuit to pursue this matter against him. A lawyer might be willing to represent you with an hourly fee agreement. A lawyer might be willing to handle the case on a contingency fee (the lawyer gets a percentage of the fee if you obtain a judgment). The lawyer will make a determination if your brother in law is collectable as part of a determination of whether or not a contingency fee agreement is acceptable. You should search for a lawyer in the areas of personal injury and civil litigation. If you get a judgment, it may be possible to garnish a percentage of his wages.