Q: What does the issue date of patent mean? And how can I find out when a patent expires? 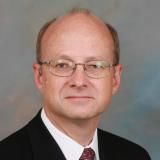 A: The issue date, also known as the grant date, is the date at which the patent becomes enforceable. After that time, the patent owner can prevent others from making, selling, or using the claimed invention.

Regarding when a patent expires, this is probably the most common question in patent law. The answer used to be simple: 17 years from the issue date. Now, unfortunately, it is no longer easy to figure it out. The expiration date is not printed anywhere on the patent, and you cannot look it up on the U.S. Patent Office website for an official answer.

Generally, the rule is that the patent expires 20 years from the date of filing of the application, but there are many ways that the term of the patent may be adjusted, that for most patents it is not 20 years. For many patents there may be an earlier patent application from which the patent of interest claims priority to, thus it would be 20 years from the filing date of the earlier application. The term is also adjusted when there is a delay in the patent office, or at another federal agency. Sometimes, if the patent owner has other patents that are very similar, the patent owner gives up a part of the patent term. Etc. Unfortunately, to get a clear answer for any particular patent, you need to ask a patent lawyer to calculate it for you.

A: Patent term is more confusing than it should be. The one part that is simple, is that patent term is not a function of the technology. There is not a way for the applicant to apply to extend the patent term (unlike trademarks or copyrights). (but as noted below, there are things that can shorten the term) It is the same for dishwasher patents or patents on an ultrasound machine. Unfortunately, to try to make things fair, the rules have a number of layers.

1) Patent Term Adjustment -- These are bonus days added to the end of the term to make up for the Patent Office being slow in doing their job. This is printed on the patent.

2) Patent Term Extension -- There are extra days added to things undergoing certain types of regulatory review such as review of a new drug at the FDA. The thought is that patent days should not tick off the clock while you are not allowed to sell the product.

5) Some patents become toothless as the claims are deemed invalid or unenforceable in litigation.

4) The patent may expire early if the patent owner does not pay a renewal fee by start of years 4, 8, and 12. This fee is called a maintenance fee. You can see the status using Public PAIR or you can check at https://fees.uspto.gov/MaintenanceFees.

Finally, with respect to design patents that cover the distinctive ornamental appearance filed after May 13, 2015, the term is 15 years from issuance. (No maintenance fees, no Patent term adjustment)

Your patent attorney can sort through these nuances if this seems overwhelming.

If you found this answer helpful, you may want to look at my answers to other questions about patent law are available at the bottom of my profile page at https://lawyers.justia.com/lawyer/kevin-e-flynn-880338