Sherwood, AR asked 3 years ago in Family Law and Child Custody for Arkansas

Q: sole legal custody parent has not gotten glasses or eye exam for vision impair son for a year. Can the NCP get legal cus

My boyfriend's Ex-wife has sole physical and legal custody (he was unaware of what he was giving up). Their son has bad vision, he has gone over a year without an eye exam and went without glasses for a year. My boyfriend kept asking her when she was going to do it and she kept saying she was handling it. (we have it in a text, dated). He has asked multiple times and even offered to pay for it, still nothing. So he took it in his own hands and took him to get his eye exam and glasses. When he told his Ex at first she said "thank you for doing that" an hour later it was " Im the full custody parent. You should have told me you were doing this. She has been berating him about it the whole weekend and is doing it again. Could he get sole Legal custody and or full physical custody. The child in question has also missed 32 days of school so far. No doctors excuse. She claims he had a fever everytime. But we aren't buying it. We have called 3 diffrent lawyers and non have contacted us back. 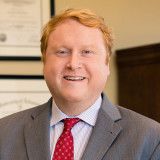 Stewart Whaley agrees with this answer