Napa, CA asked 1 year ago in Criminal Law for California

Q: How can you be charged with conspiracy to commit a crime., bringing drugs in a facility. When you never did it

When you're not on probation nor any kind of stipulation and you are arrested with a Ramey warrant, and charged with conspiracy to commit a crime and bringing drugs into a facility. an inmate was talking on the phone about inappropriate things .and just to stop the constant hounding from the inmate the other party agreed . but never committed the crime or intended to just said they agreed to stop the constant hounding and conversation so how do you get charged with this when someone only simply stated they are going to do it but never ever did it nor intended to how are they being charged 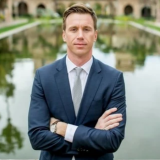 A: Based on your fact pattern it appears that they should not be charged. Conspiracy requires what is called an "overt act." An overt act is some action taken in furtherance of the conspiracy. For example, if the inmate and the person on the outside agree to smuggle drugs and then neither one does anything else, that is not conspiracy. However, if either one does anything else in furtherance (for example: send a text message to a third party asking for the same drugs that were agreed upon, etc.).

You should read the jury instruction on conspiracy, it walks you trough what exactly must be proven beyond a reasonable doubt. https://www.justia.com/criminal/docs/calcrim/400/415/.

The fact that the arrest took place with a Ramey warrant means that no prosecutor weighed in on this. A Ramey warrant is a issued when police officer bypasses a prosecutor and goes directly to a judge. Ultimately before the case is officially charged in the Superior Court, a District Attorney will review everything. If the District Attorney does not see an overt act the case will not be issued (charged). Even though no prosecutor looked at this, a judge did. So there may be more going on- the judge would have to be asleep at the wheel to sign off on an arrest warrant for conspiracy with no overt act.