Holland, MI asked 2 years ago in Immigration Law for Michigan 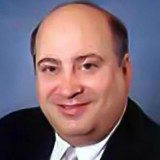 A: There seems to be more going on in this fact pattern than you are aware. A unmarried green card holder should have no fear dating anyone he wants to date. Unless, he obtained his green card through a fake marriage, I am not sure why he would be so nervous about his social media reflecting that he was in a relationship with you. The fact that he was caught by ICE prior to getting hid green card approved leaves a huge factual gap that would probably explain why he is so protective of his private information.

If he doesn't want to list his current relationship on his social media, you may want to respect his wishes. We still do not know why it was a problem for him to tell Immigration that he was single prior to him getting his green card. I have seen this issue come up when they were already married either in the US or in their home Country. When you have a consultation with an Immigration Attorney, these additional facts may come out and the advice can be more concise.

At this point, he already has lawful permanent residence status, so he does not need a relationship with a United States Citizen to help him get legal status in the United States. It appears that he is already on a path to qualify for Naturalization without needing help from anyone else. He is statutorily eligible for Naturalization after he has had his green card for 5 years. He can apply 90 days prior to that 5 year date.