Burke, VA asked 1 year ago in Domestic Violence for Virginia

Q: Someone I was romantically involved with placed their hands on me at night and then called the police on me the next day

The police came out at 5:00pm (the incident happened the night before and I decided to not call the police.) Initially I said that I didn’t want to talk about what happened with them then the police said the person made accusations that I placed my hands on them and I needed to tell my side. I told them I didn’t put my hands on them, they put their hands on me but I didn’t call the police because we talked, stayed in the same house overnight, and interacted in the morning. Since there were no physical markings or witnesses, nobody was arrested. The person also made allegations of child neglect and endangerment, the police stated there was nothing to worry about because it was evident that the allegations weren’t true. The police gave me a victim’s card and after they left, the person stayed at our shared residence overnight and mentioned to me that the state of Virginia might press charges despite the fact that only a report was taken and nobody was arrested, is that possible? 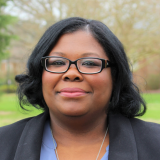 A: This is highly unlikely. If the police responded and no one was arrested, it is unlikely a report will make it's way to the Commonwealth Attorney's office. Charges have to start in the system via going through the magistrate or a report to the Commonwealth Attorney's office to bring indictments, which are usually saved for more serious charges. If the police didn't take a report to to them or the magistrate, there is a really low chance of indictments or warrants being issued.