Q: Can someone be charged with unlawful possession of a syringe in Indiana if it was just found NEAR them in a public place

He was jumped by a group of guys who were trying to rob him because they knew he had just got all of his unemployment back pay in one lump sum. When the cops, fire department and emts arrived they found him unconscious on the ground with a syringe laying next to him. He didn't have any drugs on him, when they took him to the hospital he had to have CT scans and MRIs done for head injuries, but never gave him a toxicology test or anything. Not only that but the affidavit states there is a "brown residue" in the syringe, but it was never tested either. Now they have charged him with unlawful possession of a syringe. His public defender isn't doing ANYTHING to try and help him. My question for you is WHAT exactly constitutes POSSESSION in the state of Indiana? Can it actually be considered possession just because it was in a certain vicinity of him? Or does it actually have to be on his person, since he was in a public place? Don't drugs have to be found for it to be UNLAWFUL? 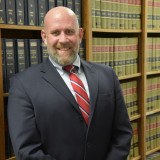 A: In Indiana, possession can be either actual (on the person) or constructive. To be constructive possession the state will need to prove that it was within his dominion and control. Obviously, if it was found by him it is within his dominion, however, they also must prove he knew of its existence. If it was his then that you be met, however, if someone who beat him dropped it then there is no proof of its existence. Your brother should consult with a private attorney if he can afford one. Drugs do not have to be found in the syringe to be unlawful, unless he can show he takes prescribed medication by injection then the fact that no drugs were found/tested does not make it a non crime.