Q: if you already won an appeal is it a bad sign that supreme court will be hearing it? Prosecutor has appealed to them. I

This is nj appellate division. Ruled in favor of inmate.

Is it a bad sign that the higher court sees a problem with the decision and want to rule against appellate court. He won first part of appeal and hoped he would soon be released. But now worried about supreme court

James A. Abate
Answered 2 months ago

A: I means that the case you won on appeal is being appealed to a higher court. 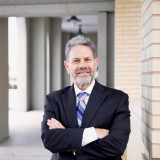 A: It is a sign that the State does not agree with the lower courts decision and the State wishes to have further review. 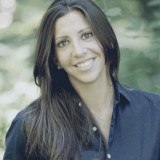 A: The Supreme Court doesn’t have to take every case parties attempt to bring to it and when they do grant certiorari (that’s what it’s called when they accept a case) it generally means that there’s a issue (or perhaps several) they want to address—it’s not necessarily an indication of which way they’re leaning. They can affirm or overrule the appellate court or a mix of both or send an issue back to the trial court.