Q: Are Patents Immoral actually and against the first amendment?

Like, specifically when multi-billion dollar companies do it. When they buy up patents and sue small companies for generally making something that looks like one of their thousands of patents, Isn't that kind of restrict the rights of the small businesses?

A: A patent is a reward to inventors and to those the risk money to bring forth a new product or service. This was authorized in the US Constitution under Article 1 Section 8, Clause 8.

The Congress shall have Power * * * To promote the Progress of Science and useful Arts, by securing for limited Times to Authors and Inventors the exclusive Right to their respective Writings and Discoveries. see https://www.law.cornell.edu/constitution-conan/article-1/section-8/clause-8

Any tool can be abused. In some instances owners of patents, particularly those who bought patent rights developed by others, can be an abusive drag on the system. We have laws and rules that try to rein in those abuses. The results are imperfect just like many other areas of the law. I have seen older larger companies use patents to sue that competitor as the cost of defending the lawsuit was a drain on the newer smaller company. Often they do so knowing that the patent being asserted does not really cover what their new competitor is doing. That is an abuse of the system.

Patent attorneys can help young companies minimize the risk of being sued under patent laws but they cannot prevent a large company that is threatened by a new innovator from suing the new innovator on a ridiculous stretch of the patent scope.

I hope that this answer helps. 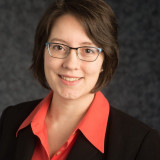 A: In addition to Kevin's comments, I would also state that a patent is also an equitable exchange between the government and the inventor. The inventor gets to have exclusive rights for a limited time--but in exchange, the inventor has to disclose the details for how the invention was made. The original concept was not just to provide a financial reward to inventors, but it was also to make sure that the knowledge was never lost. By requiring that inventors disclose the details of their invention, the government can make sure that the innovative leaps behind unique products or services aren't lost to time as trade-secrets when the inventor dies.