Q: I was recruited by a company and after starting forced to sign a non compete months later. I worked there for 3 years .

They let me go stating I did everything they asked but were changing directions. They offered me a severance no strings attached. Said they wouldn't enforce me non compete as long as I didn't solicit. Their words were they aren't A holes and wouldn't keep me from working. I texted my boss a month later to let her know where I was going and when to which she congratulated me and wished me well. 1.5 months later I get a letter stating I breached my non compete and required my termination and money back. This makes no sense. I have the text from boss congratulating me. I also had 3 managers around same time quit on their own and go to competitors and are not being held to non compete, yet I was asked to leave and even though Said I could, now telling me I can't work. Isn't that discrimination?

A: No, it's not discrimination, it's failure to abide by their word. If they want the severance payment(s) back they will have to sue you for the money. At that point, should it come to that, you can tell the judge your side of the story.

A: In layman's terms, it's discrimination (treating similarly-situated former employees differently regarding that issue), but it's not "discrimination" under the law. "Discrimination" (legally) is a term referring to treating similarly-situated employees differently (and unfairly) based on a "protected class" that the victimized employee falls under (their race, sex, age, religion, etc.). The issue you raise is one of breach of contract. They say you are breaching the non-compete clause of your contract; you say they waived or rescinded the non-compete clause, and/or you might have reason to argue the non-compete clause is invalid. You may or may not be right. You need to schedule a consultation with an employment law attorney in your geographic area. 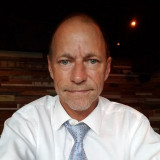 A: I agree with Charles for the most part although with one caveat. If it appears that the company is selectively enforcing the non-compete clause only against black employees but not white employees, there could potentially be a claim for race discrimination in contracting under federal law or a potential defense to attempted enforcement of any non-compete. But as Charles said, these are usually fact-intensive situations, so the best advice would be to talk to a local lawyer and have them review all of the facts and circumstances of your particular case.