Silverthorne, CO asked 3 months ago in Child Custody for Louisiana

Q: If the defendant in an exparte custody hearing has not been served, can the courts proceed?

I had sole custody of my 6 year old daughter. I was incarcerated for 3 months on a pretrial charge. no custody arrangements were made in the court system, only a verbal agreement with my brother that he would have her until I was released. The morning I was released, they refused to disclose my daughter's location. Withheld her from me all day until that afternoon when they hurried and filed an exparte motion (no previous case between us) I was not notified, there was no emergency hearing, the order was signed that afternoon to award them temporary custody (based on elaborations and all out lies) and a hearing was set for 2 weeks later. I have yet to be served officially. My brother simply told me via the telephone a motion had been filed. It has been explained to me by an acquaintance that a request or application for an exparte must be made, then notice to the defendant and an emergency hearing be set that day. They bypassed all of this. 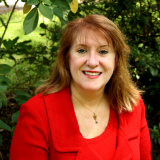 A: You need to hire a custody lawyer immediately.

A: You need to hire a custody lawyer immediately and one or two hearings were set the day this was filed. You just don't know the dates yet, because you haven't been served.