Q: Admitted to drinking and driving but passed sobriety test. can the judge change his mind and sentence me?

Involved in a single car accident, nobody was hurt. i admitted to the officer that i had a drink that night. he gave me a field sobriety test and i passed, he said “i’m not being arrested for DUI” i got a infraction for an unsafe lane change. the officer didn’t do any blood work or breathalyzer test, so with that can the judge change the infraction to something else given my driving history? or since there’s no actual documentation other than me admitting what would be the outcome of this? would i be sentenced to jail for my second DUI or is it just going to be a ticket for an unsafe lane change as that was originally given to me? 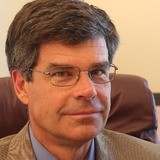 A: If there's no chemical test it's very difficult to prosecute you for DUI, especially if you passed the FST's. If you want to fight the infraction, have at, it would be difficult for anything to be added to the case.

A: The Judge isn't the one who files charges; it's the DA's Office. Ordinarily, an infraction such as an unsafe lane change will have no impact on the pending charge stemming from the traffic incident.

However, depending on your age when you had that one drink, whether you were still on probation for the other DUI which included a term that you were required to completely abstain from alcohol when driving, the DA could prosecute you for DUI if the cop who issued the ticket for the unsafe lane changes his mind and files a police report recommending the filing of DUI charges against you.

A: MORE INFO WOULD BE HELPFUL?

WHEN WAS THE FIRST DUI? ON PROBATION? CONDITION OF PROBATION TO NOT DRINK AND DRIVE? IF SO THAT WOULD VIOLATE PROBATION AND ONE COULD BE SENTENCED FOR THAT.