Tampa, FL asked 1 year ago in Consumer Law and Federal Crimes for Florida

Q: Ballistic knives are basically banned everywhere around here. What about ballistic spikes?

It's hard to find a state where a ballistic knife isn't banned. In Florida, they're the only knife that is banned by name. My question is, what about a ballistic spike? If the protruding portion of the spring-based weapon doesn't have a sharp edge along the length, but instead only one sharp spike that points at the end, would that be considered "not a knife" and not be banned under a ballistic knife ban?

It's not like any of that is sold around here, but it sounds like an easy loophole to poke fun at. 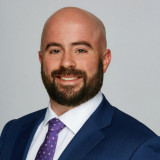 A: There is an old saying in criminal defense: “You might beat the case, but you won’t beat the ride to jail.” Basically, while you may be right that a spike is not the same thing as a blade, a police officer may not agree with you and might arrest you anyways, and then you will have to fight this spike/blade issue in court with an open case - a less than optimal situation. You are correct that, arguably, a spike does not sound like a “knifelike blade” as stated in the statute. However, you don’t want to be in the position where you have been arrested for this and are trying to have the case dismissed based on the definition of a blade/spike. Interesting question/thought experiment though.

A: At any rate, the carrying of either "ballistic knives" or "ballistic spikes", as you define them, is not permitted, either concealed, or not concealed. See