Hello, we got a false accusation by YouTube that we submitted abusive legal requests and terminated our account. Tried to reach them but they never response or take any action. Seeking a resolution for legal advise! 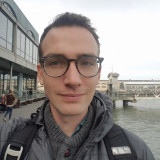 A: Greetings! Here I will discuss only general information regarding the topic you mentioned here. Nothing I express below creates a lawyer/client relationship. I encourage anyone experiencing a de-platforming issue to schedule a consultation with a lawyer that knows this practice area to get the ball rolling on your matter.

De-platforming can be a serious issue for internet content creators who make their money from streaming content online. The way the law works in a de-platforming matter might depend upon whether copyrighted content or illegal/illicit material was being shared or engaged with on an internet platform and/or the personal behavior exhibited towards the internet platform in question. Whatever the case, internet platforms generally tend to regulate themselves, and maintain their own policies to moderate their own sites.

Internet companies currently have a wide berth given by the government to moderate their own sites under section 230 of the Communications Decency Act as amended by FOSTA-SESTA in 2018 and the safe-harbor provisions of the Digital Millennium Copyright Act. Recent controversies over the First Amendment implications of private moderation of content online blossomed in an extremely complicated fashion over the past two decades. These controversies seemed to pinnacle with Twitter's ban of former President Trump after he appeared to use Twitter to organize a violent insurrection at the Capitol Building on January 6, 2021.

After the insurrection Twitter-ban of former president Donald J. Trump, Justice Thomas wrote a long concurrence in Biden v. Knight First Amendment Institute appearing to explain why Congress should amend telecom laws in Trump's favor. To make the issue even more confusing, Thomas's concurrence was written into the controversial SCOTUS shadow docket, attached to a writ of certiorari grant vacating a previous Second Circuit decision as moot (a procedurally controversial move in its own right for several reasons). The Second Circuit's previous decision was that it was unconstitutional for Trump to block a Twitter user that expressed disagreement with him on Twitter.

Of course, not everybody's internet platform account is connected with politics or government, and the reasons most users get de-platformed are probably not as hotly contested as Trump's use of Twitter to allegedly cause an insurrection. While most de-platformed users' matters will be for smaller potatoes, the Trump Twitter-ban and Thomas concurrence is an example of what is top of mind regarding the issue of online content moderation and de-platforming today. It demonstrates how confused and divided America seems to be over the issue currently, and the extremely divisive nature of discussions about First Amendment rights over the internet content moderation is unlikely to calm down any time soon.