Lahaina, HI asked 6 months ago in Family Law for Hawaii

Q: If I have a bench warrant in (kehei) will I be arrested in family court in (wailuku), Hawaii. 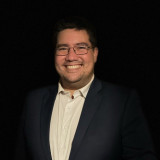 Matthew A Sylva
Answered 6 months ago

A: In general when a person is arrested for a bench warrant in Hawai'i they will be held at a police station and given an opportunity to try to post their own bail. If a person cannot post bail (by their own means or through a bail bonds entity) then they are taken before the closest court of the type that issued the bench warrant. For example, if a judge in Hilo Family Court issues a bench warrant for Person A and Person A is later arrested by police on the warrant in Kona (both being within the same judicial circuit and on the same island in this case) they would initially be taken before the Family Court in Kona (if they couldn't post bail before the court date). Then any future court dates set by the Kona Family Court would be before the court that issued the bench warrant for Person A.

But if in the above scenario, Person A is arrested in Hilo (or on the East side of Hawai'i Island) and doesn't post bail, they would be taken to the Hilo Family Court where the warrant originated from.

A person who has an outstanding bench warrant may turn themselves into any police station on the warrant (and if the person wants to bail out they should arrange that before turning themselves in). Typically Friday-early Monday morning isn't great as a person will sit in the station jail all weekend and then have to appear with a large crowd of other people in custody who were arrested over the weekend (if they don't post bail). People can also request that the issuing court recall the warrant (if it has not been served yet). You should contact an attorney about doing so if you are not familiar with the legal system.

Mark Simonds agrees with this answer