Q: Can I mail myself my plans to get a patent protection by keeping it sealed and mailed to myself? 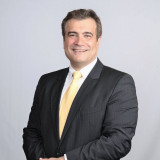 A: Sending the plans to yourself does not provide any intellectual property rights, by way of patents or otherwise. There are people who like the idea that sending the plans to yourself accomplishes a sort of proof by virtue of the fact that it's got the post office's date to show when an alleged invention was made. But keeping a would-be invention in a sealed envelope does not confer any rights.

Further, the US is currently a first-to-file nation, like most other countries, meaning inventing first is no longer relevant, but one must invent and file with the US Patent and Trademark Office first. Regarding the charges you mention, yes, regular utility (nonprovisional) patents cost around $5k to draft by attorneys, and provisional patents cost about half that amount, on the low side.

And that's exclusive of the USPTO fees. What you're paying for is the expertise of the attorneys involved, who must understand the technology involved as well as the Manual of Patent Examining Procedures, a document thousands of pages long on which they've had to sit for the Patent Bar, as well as, preferably, thousands of cases handed down by the Federal Circuit, the Supreme Court and US district courts, which all impact the scope and validity of the claims. Your patent lawyer, ideally, should provide you an invention disclosure form, spend time interviewing you, and understanding your invention, and ultimately filing your application.

Furthermore, in the US and most other countries, patent applications are examined, and there will have to be responses prepared to the USPTO's objections and rejections, often years following the patent filing, until the patent is ultimately allowed. That incurs additional fees, typically at least as much as the drafting of the application itself. These may sound expensive, but you should know that even for competent, seasoned counsel, they are time consuming, and challenging activities.

However, when infringement occurs in the life of a product, there are quite often many millions of dollars involved, and the time and dollars applied earlier are very cost effective. That's why most major corporations opt for patent protection, though admittedly neither in the US nor in other countries is this an easy proposition for individuals or even very small businesses.

The challenges are greatly exacerbated by the fact that big tech companies have access to lobbyists and Congress' ears, whereas small businesses do not, which has hurt their ability to compete in this market. I've spent many years bringing these opportunities to small businesses because I really believe in US innovation and entrepreneurship, the little guy and gal, if you will, so you'll have to take my word for it.