Riverside, AL asked 11 months ago in Criminal Law for Alabama

Q: Is it double jeopardy if charged and with loitering in a vehicle due to drugs by city court and charged with posession 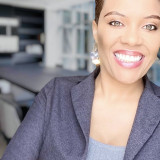 A: In a practical sense, Double Jeopardy arises when someone is being prosecuted more than once for the same crime. The primary focus is “same crime.” While some crimes are a lesser offense than the other, you can be charged with a different crime if that crime is are not included in the other.

For example, a man was convicted of larceny. Later, the government charged him with a robbery, which consists of larceny. To prove larceny , a prosecutor wouldn't have had to prove anything more than what's required to prove a robbery. (larceny was a "lesser included" offense of a robbery.) Thus, larceny and robbery therefore represented the same offense, and the robbery prosecution violated the double jeopardy principle.

However, the crimes of loitering and possession require different elements to be proven. For the purpose of the question, Loitering, under Section 13A-11-9, is when a person remains in any place with one or more persons for the purpose of unlawfully using or possessing a dangerous drug. A person can commit loitering by being idle too long in suspicious drug-related area without possessing any illegal substances.

Possession, however, is “actually” possessing the illegal substance; which is not included as a requirement in the crime of loitering. A person can commit one without the other during the same commission. In practical terms, loitering is not a lesser offense of possession because not every who possesses drugs are Loiters.

However, with the previous example above, everyone who “robs” does actually commit larceny; thus larceny merges into robbery to avoid double Jeopardy issues .